Get fresh music recommendations delivered to your inbox every Friday.
We've updated our Terms of Use. You can review the changes here.

The Sublime Conquest of Nothing 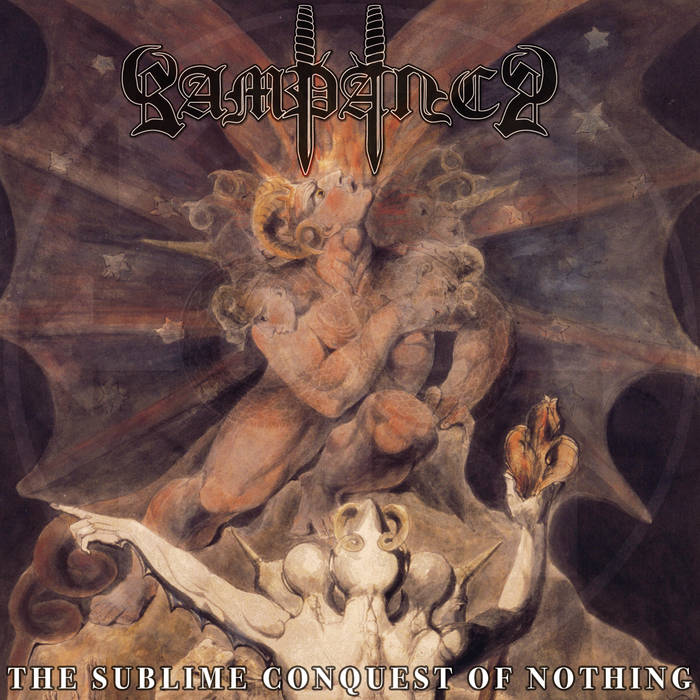 Old Leech A perfect blend of hard, catchy riffs, and folk-inspired leads creates an album that sounds both uplifting and savage.

"The Sublime Conquest Of Nothing" is the fourth album chronologically and the first under the new name Rampancy following up from the 2014 release "Aftermath". Many of these songs are re-envisioned from their past as Anti-Freeze tracks found on other releases and some tracks are entirely new themselves.

Thematically, this album largely deals with topics of violence, hatred, betrayal, and insurrection. The songs expand on previous anarchist topics and declares open hostility towards a collective world enslaved by political machinery and an identity crisis.

Released under the new imprint "Iron Front Productions" [IFP00.] and with Witchcult Records.

Additional strings on "Thy Kingdom" and assistant engineering provided by Eric Altomonte
Instruments recorded at Castlegrove Studios between October and November 2016.
Vocals recorded at Satan's Cove between December and March 2017

Mixed at Satan's Cove, Mastered at "The Wormhole"

"Every society you build will have its fringes, and on the fringes
of every society, heroic and restless vagabonds will wander, with
their wild and virgin thoughts, only able to live by preparing ever
new and terrible outbreaks of rebellion!"

Bandcamp Daily  your guide to the world of Bandcamp